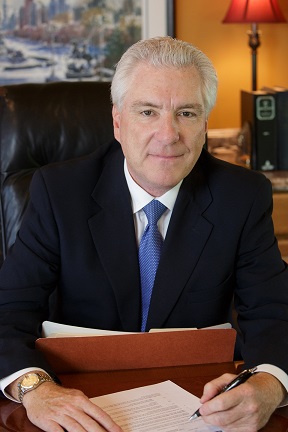 Some of the types of catastrophic injury cases we are experienced in handling are: traumatic brain injury, spinal cord injury and paralysis, severe broken bones, amputation injury, internal injuries, severe scars and burns, and other serious permanent injury as a result of pharmaceutical and medical error.

My career as a Philadelphia catastrophic injury lawyer

As a former top defense attorney, I spent much of my career representing major corporations as a defense trial lawyer. I represented injury claims made against a Philadelphia fortune 500 oil company, as well as trucking companies throughout the United States, whose trucks were involved in serious accidents across the country. These accidents were the worst of the worst: multi-vehicle highway accidents involving many cars and trucks; and tragic, catastrophic injuries. The severity of the truck accidents was often a result of the sheer size and weight of the trucks involved. The cases also involved multiple victims and multiple defendants.

As in all injury claims, it is imperative that catastrophically injured personal injury victims are treated by top-notch doctors, who will also cooperate in the case, to provide high quality narrative reports and video tape trial depositions. Not all doctors are cooperative when it comes to a personal injury lawsuit. But in Philadelphia, there are excellent doctors who also understand the legal process and the necessary role in which they play, when their patient is involved in a catastrophic injury lawsuit.

Fox Law routinely retains economic experts to render opinions with respect to lost earnings and future lost earning capacity.  We retain life care plan experts to discuss the medical needs of the catastrophically injured client and the cost associated with those needs for the rest of that person’s life, such as the cost of a prosthetic leg and how often it needs to be replaced.  We may produce a “day in the life” video for the catastrophically injured client to show how the injuries impact their daily life.

In order to properly work up a catastrophic personal injury case, a Philadelphia Catastrophic Personal Injury Lawyer must be prepared to spend whatever it takes to present the case in the best light to the insurance company and a jury.  If a plaintiff’s law firm is unwilling to expend the money to pay for the experts described above, then you are with the wrong firm.  The old adage “You need to spend money to make money” wholly applies to catastrophic injury cases.

Handling catastrophic injury cases is not for the faint of heart, or the inexperienced. This is especially true if the catastrophic injury is the result of an accident in which there are multiple victims, which requires another skill set of expertise.

Many catastrophic injury cases involve multiple victims and defendants; with plaintiffs vying for the same insurance funds, and multiple defendants protecting themselves from liability. Multiple plaintiffs and defendants further complicate a personal injury claim which requires another type of legal skill set in which very few attorneys are experienced.

Let my experience work for you.

Fox Law handles catastrophic injury cases with the personal attention that they deserve, and the skill and experience that they demand for a successful outcome. We understand and are prepared to spend the money it takes, all away to the end, including trial.  Anything less than that would be a disservice to a catastrophically injured client.

When choosing the best Catastrophic Injury Lawyer in Philadelphia to handle your case, hire the lawyer, not the law firm. That is who is handling your case. At Fox Law, John and Laura Fox will be the only attorneys handling your case. We make the phone calls and are hands-on with your file. If you are looking for the best catastrophic injury lawyer near you, the most important questions you can ask are:

“Can I speak to the lawyer who will be handling my case?" and "Do they have a manageable case load?"

7 Important Questions to Ask To Find A Top Lawyer Near You.