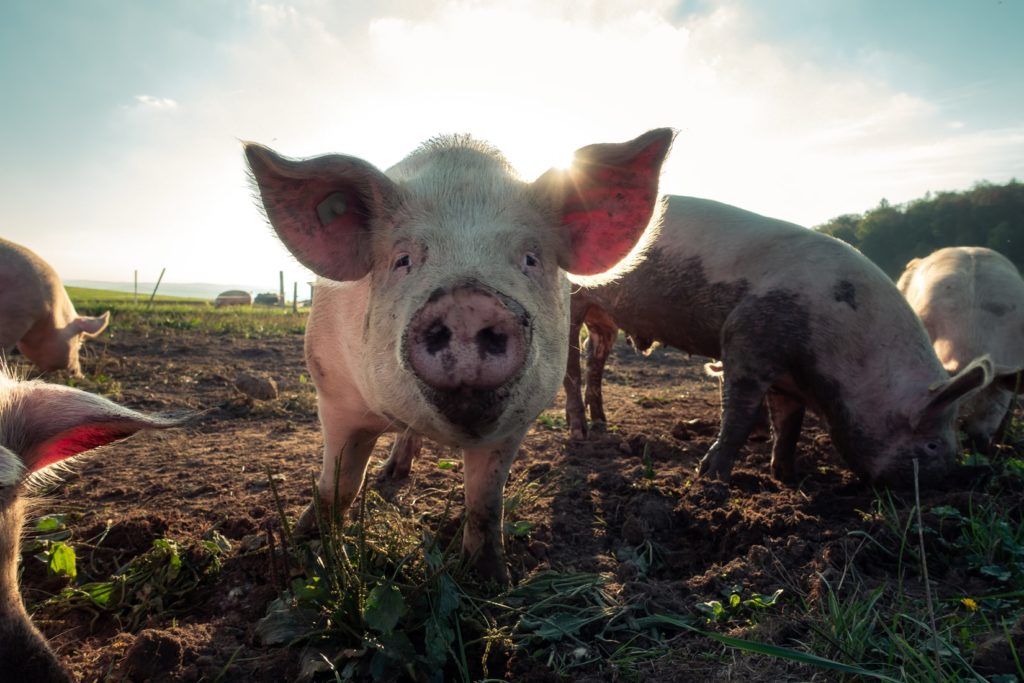 As reported by Newsweek, Pig parts littered a Kansas City highway for hours when an eighteen-wheel truck transporting pig intestines lost its load last week. Three lanes of the highway were closed to clean up the spill. Eyewitnesses did not speak highly of the smell and the clean up required creativity. Officials used plows to clear the foul-smelling content. City officials had a sense of humor, encouraging drivers to “find an alternate snout. Sorry, alternate route.” No injuries were reported.

The state of Delaware was abuzz after a tractor-trailer hauling live bees overturned in Newark.  The bizarre truck accident resulted in the releasing of 20 million honeybees and shut down the highway ramp for hours. USA Today reported the driver and passengers were stung 50 to 100 times each but were taken to the hospital with non-life-threatening injuries.    Thankfully, state police had an official honeybee swarm removal plan for 14 years.  This was the first time they had to use it.

3.  Whale of an Explosion

The Taiwanese city of Tainan learned a lesson in whale biology after the decomposing remains of a 60-ton sperm whale exploded on a busy street, showering nearby cars and shops with blood and organs and stopping traffic for hours. According to NBC News, the 56-foot-long whale died on Jan. 17 2004 after it became stranded on the island coast.  The whale was then placed on a truck that was headed to a research Center.  Gases from internal decay caused its insides to explode while the whale was on the truck.

The Texas Southwest Freeway was shut down for over eight hours when a truck driver got himself into a sticky situation.   The 26-year-old truck driver was taken to the hospital with minor injuries after his tractor-trailer overturned, pouring 5,000 gallons of molasses on the major Texas Highway.  In a fitting coincidence, the town where the accident occurred was Sugar Land.  City of Sugar Land spokeswoman Pat Pollicoff told The Houston Chronicle that the spilled molasses was supposed to be used in cattle food.

5.  Teenagers helpful in beer can clean-up.

It’s enough to make a grown man cry: CBSDenver reported that a beer truck rolled over on Highway 58, spilling thousands of cans of Coors Beer onto the road.  Eastbound lanes of Colorado 58 remained closed while crews removed a semi-truck and trailer that overturned at about 7 p.m.  The truck’s driver was not injured when the semi rolled on its side.  Several teenagers attempted to “help” with the cleanup.

A fistful of dollars? Try a truck full. The National Post reported that money scattered from a Brinks truck during a chain-reaction collision.  A Brinks truck hauling nearly $9 million in Canadian coins spilled its heavy load onto an Ontario highway during a multi-vehicle accident.  It’s worth noting that the other truck involved in the accident was carrying candy.  After the accident police stood guard over the valuable pile of goodies.

G Captain reported in that a 200 ton diesel-electric engine slid off a truck in downtown San Diego while being transported to NASSCO’s shipyard.  A diesel engine bound for installation in a Navy ship slid off its trailer landing on at least three parked vehicles, including one in which a woman was sleeping.  The woman escaped with minor injuries.  The 200-ton engine hit the ground with enough force to break through the concrete pavement and crack open a 16-inch cast-iron water main buried beneath the street in front of the National Steel & Shipbuilding Co. shipyard, the engine’s ultimate destination.  It took three cranes to lift the 200-ton marine engine.  They also needed to construct a new road after the accident.

The Denver Post reported that a tractor-trailer carrying 35,500 pounds of explosives overturned and exploded, injuring four people and leaving a huge crater in a Utah highway.  The truck driver, a passenger in the cab, a motorist and a motorcycle rider were hospitalized after the truck “pretty much vaporized,” Utah Highway Patrol Sgt. Todd Royce said.  The explosion left a crater in two-lane U.S. 6 estimated to be between 20 feet and 35 feet deep, Utah Department of Transportation spokesman Tom Hudachko said.  Witnesses said the truck’s driver appeared to lose control of the vehicle after taking a curve at high speed, Highway Patrol Lt. Doug McCleve said. Witnesses reported seeing  “a mushroom cloud of fire and shrapnel”.