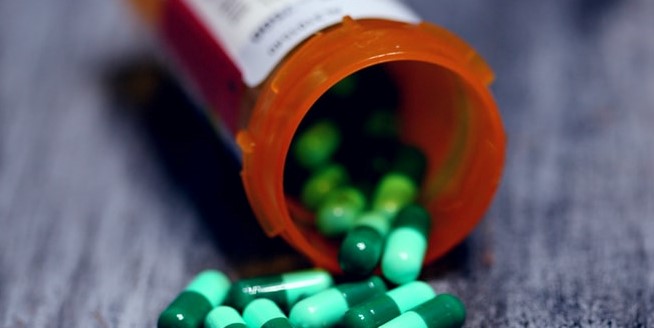 For the most part, physicians are very diligent and careful with respect to prescribing opioids and adhere to strict standards.  However, if those standards are violated by over prescribing beyond what would be considered appropriate pharmaceutical care, then you can sue your doctor in civil court for opioid addiction.  These personal injury lawsuits are difficult to bring forth. A determination as to whether the claim is possible depends on the amount of opioids prescribed and for how long.  Typically, a claim can be brought in the name of the patient unless that patient is a minor or is so addicted that he or she cannot act on behalf of themselves.  In the later case, a petition would need to be filed with the court to appoint a guardian on behalf of the patient so that an action could be brought on their behalf.

Criminal and Civil lawsuits against doctors

While addiction as a result of opioids often results from addicts obtaining opioid drugs illegally, there have been occasions where a medical provider has negligently prescribed opioids beyond what is reasonable for treating an injury. In this case, you can sue your doctor for negligently prescribing opioid medications. The doctor may be held civilly liable for their negligence and the patient could receive compensation to help them recover from their damages as a result of their opoid related injury.  In this case, the doctor’s insurance would cover the doctors negligence.

When a doctor engages in criminal activity such as drug trafficking, his behavior goes beyond negligence and the doctor may be criminally charged for his or her illegal actions in the distribution of opioid drugs. In a criminal lawsuit, the lawsuit is brought forth by the government and the doctor may go to jail. However, if a doctors activity is completely criminal, the doctors insurance policy would not cover the damages, as it would most likely exclude criminal activity from the policy coverage.

There are cases where a doctor nay be criminally and civilly charged. In these instances, it is best for the civil lawsuit to piggyback the criminal lawsuit.  For example, in 2018, four area doctors were arrested for illegally prescribing opoids to drug addicts and drug traffickers around the region. They also over prescribed to patients and the prescriptions led to numerous overdose deaths. The doctors were arrested and put in jail for their criminal activity. Their medical malpractice insurance will not cover injuries related to the criminal activity, however the 9 patients who died as a result of the doctors over prescribing of opioid drugs may have a civil claim. As reported by Patch News, the four Philadelphia area doctors charged were:

The Opioid Crisis in Philadelphia

Philadelphia is combating the opioid epidemic. The U.S. city with the highest opioid death rate, Philadelphia has gained national attention with its radical proposal of safe injection sites. With support from city officials and law enforcement, the organization Safehouse says its safe injection sites will prevent overdose deaths and reduce crime. According to CBS, these proposed injection sites are being met with controversy. U.S. Attorney William McSwain has filed suit in an attempt to block their opening.

Government war on drug companies to pay for treatment, prevention, and education.

In recent years, the United States government has suffered huge medical expenses in treating the addiction of opioid addicts.  As a result of this national health crisis, many States have begun a war on drug companies by filing suit against the drug companies, looking for damages to pay for the treatment, prevention, and education of opioid drug addiction. States have instituted lawsuits against the pharmacy companies providing opioids to medical facilities, on the basis that they provided misleading information regarding addiction risks of their opioid drugs.  The U.S. Centers for Disease Control and Prevention report that the number of opioid deaths reached nearly 50,000 in 2017, and State and local governments are accusing drug manufacturers of recklessly causing the current United States opioid drug epidemic.

CNBC reported that lawyers for the state of Oklahoma, including Attorney General Mike Hunter, petitioned a judge to find Johnson and Johnson liable in contributing to the opioid drug crisis. “J&J knew opioids were addictive yet played down their dangers when promoting them, leading to an oversupply of pills that caused overdose deaths,” Hunter said.

Oklahoma is not alone, as both state and local governments around the country are filing a barrage of lawsuits against the companies who make and distribute opioid painkillers. Mike Moore, American attorney and politician is spear-heading the war. And Miller has a track record of success in holding big business accountable. In 1994, Miller launched a winning fight against the tobacco industry when he claimed that cigarette companies must reimburse the State for the costs of treating those with smoking-related illnesses.

Like big tobacco companies, Moore calls pharmaceutical companies “pretty evil,” claiming that they were deceptive in reassuring the medical community that patients would not become addicted to prescription opioid pain relievers, which lead to the increase of prescription rates. According to drugabuse.org, this subsequently led to “widespread diversion and misuse of these medications” or what Moore refers to as a “pill spill” on 60 Minutes. Similar to his campaign in the 1990’s, Moore has surrounded his lawsuit with both legal and public pressure.

Moore’s ultimate goal is to force a mega-settlement that will fund drug treatment, prevention, and education. Familiar with what it will take to remedy the epidemic, Moore believes at least $100 billion is needed to make progress.

In February, Democratic Governor Tom Wolf signed the sixth consecutive opioid crisis 90-day declaration, for the epidemic that contributed to 5,456 Pennsylvania overdose deaths in 2017, according to a report by the U.S. Drug Enforcement Administration.

Pennsylvania, like Oklahoma, is fighting a war on opioid addiction and looking for compensation to help remedy the opioid crisis. Pennsylvania became the 39th state to make a claim against Purdue Phrama, the company that produces OxyContin, when Attorney General Josh Shapiro filed a lawsuit in May alleging Purdue Pharma negligently contributed to the opioid epidemic. The suit claims that the company targeted the elderly and veterans and promoted opioids to doctors, despite warning signs that they were prescribing to addicts. One of the professionals singled out in the lawsuit was Philadelphia Doctor Jeffrey Bado, who in 2016 was found guilty of needlessly prescribing a woman addictive opioid medications, which led to both mental and physical injuries as reported by law.com. Several Pennsylvania counties are also suing drug manufacturers and distributors for their role in the ongoing opioid addiction epidemic.

Unfortunately, lawsuits alone will not be enough to solve the widespread drug crisis. It will take systemic unification between manufacturers, distributors, drugstore chains, medical societies, states, cities, and counties to see change.

John Fox is the founder of Fox Law, a top rated Personal Injury Law Firm located in Philadelphia. Fox Law offers free consultations with no obligation. Contact us today for a free case evaluation. We welcome the opportunity to represent you.