An injured passenger will always prevail against the party who caused the accident. 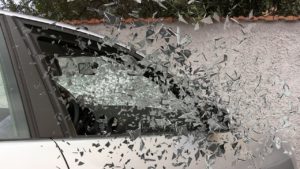 An injured passenger is, for the most part, entitled to the same rights under the Pennsylvania Motor Vehicle Financial Responsibility Law as the operator of the vehicle.  If the passenger does not own a vehicle, and does not live with a resident relative who owns a vehicle, the passenger will qualify for medical benefits under the operator’s PIP insurance coverage. After the PIP coverage is exhausted, the passenger’s health insurance will then be the next level of insurance.  It is very important for a passenger to contact a personal injury lawyer early on to address the coverage issues and who should be put on notice of the accident.

An Injured Passenger of Uber, Lyft, and other Commercial Vehicles

If the injured passenger is the victim of an Uber accident, Lyft accident, taxi, or other commercial vehicle accident, the passenger is deemed to be full tort.  A passenger’s claim has many legal issues which should not be navigated without first retaining an experienced personal injury lawyer.  Do not communicate with any insurance company until you have spoken to a lawyer.  Do not provide recorded statements to any insurance company.  If you do, those statements can be used against you later, especially if during the interview, you said you felt fine and then after the interview, you developed more significant injuries.  This creates an uphill battle for your claim from the start.