How to file a lawsuit without a lawyer (pro se) 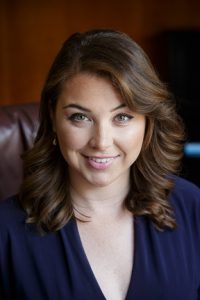 The following is a detailed explanation of you to file a lawsuit without a lawyer (pro se).  However, before you file a lawsuit, without the representation of a personal injury lawyer, against the at-fault negligent party for your personal injury claim, you should first understand the risks involved, and determine which of the 3 options is best for you representing yourself pro se (1 of series). It is also strongly advised you first attempt to settle your case (2 of series).  Settling your case is preferable over filing suit because out-of-pocket expenses are far lower than when you file suit. In the event that you are unsuccessful in settling your personal injury claim, you may be left with no other option than to file a lawsuit against the negligent party.

Determining in which State and County to File Your Lawsuit

An American citizen can only be a resident in one state.  Citizenship is determined by which state the citizen is a primary resident.  “Complete diversity” means every single party to the lawsuit is a resident of a different state. Take the example of John Smith and Jane Doe, for example.  John Smith is a New Jersey resident and Jane Doe is a Colorado resident. But let’s say John Smith had a passenger in his vehicle, Mary Lou, who is a Maine resident and was also injured.  Additionally, let’s say Jane Doe was the driver of the vehicle, but Donald Davidson, a Tennessee resident, was the owner of the vehicle Jane Doe was driving. To recap, the residencies are as follows: John Smith (New Jersey), Mary Lou (Maine), VS. Jane Doe (Colorado), Donald Davidson (Tennessee). Because every single party to the lawsuit is a resident to a different state, there is “complete diversity.”  If the case is worth $75,000.01 or more, then the plaintiffs have a right to file in federal court.

Is There an Advantage to Filing a Lawsuit in Federal Court?

In general, there is no advantage to federal court over state court. However, there are a select set of circumstances where federal court might be better for a personal injury plaintiff.  Certain jurisdictions are more “plaintiff friendly” than others. As a rule of thumb, the more urban a county is, the more sympathetic the jury is toward the plaintiff. Accordingly, some state jurisdictions are so conservative that filing suit in federal court might give the plaintiff a more sympathetic jury. It may have no effect, but it can’t hurt.

How To Write a Complaint

This Court is designed for non-legal persons. Simply determine which County your lawsuit should be filed in, and then Google that county’s small claims court.  On the website, there should be a form you can fill out. It will ask you what type of matter your lawsuit concerns (note: “tort” means personal injury). Choose the category that best describes your case. If you become confused, there is usually a number available to call to answer any of your questions about the form. Philadelphia small claims court provides a pamphlet to help you file your small claim matter in Philadelphia small claims court.

Click here for more Fox Law information on how to file your own claim in small claims court.

Filing a lawsuit in the Court of Common Pleas, whether it is an arbitration matter or a jury trial, is far more involved than the municipal court.  The complaint (i.e., the lawsuit) must state the facts underlying the cause of action.  For example, in a negligence cause of action, the complaint should address why the Court has personal jurisdiction and/or subject matter jurisdiction over the matter, and a succinct summary of the facts of the incident that support each 4 elements of the negligence cause of action—elements you should have already familiarized yourself with in “How do I settle an insurance claim privately?”

Provided below are links to templates for two of the most common personal injury cases: motor vehicle accident and slip and fall:

When the Complaint has been completed, you must file the complaint online in the County which has jurisdiction over your case.  Read the directions on the website. Should you have any questions, you may call the clerk of court listed on the website.