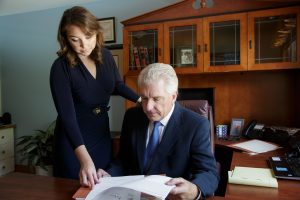 In an instant, car accidents can change your life. Some accident victims have serious injuries and are unable to work. And yet, they still have a family to support and bills to pay. Fox Law car insurance lawyer John Fox is a former defense attorneys who know how to negotiate with insurance companies. Fox Law knows how insurance companies think, how they play their hand of cards, with which insurance companies we can probably reach a settlement agreement, and which ones we will probably have to file suit. We use our defense experience to help our clients obtain the most favorable outcome possible for your car accident injury claim.

Insurance companies hire trial lawyers. They are hoping that you don't.

What insurance companies have the best Car Insurance Lawyer satisfaction?

We rated the largest insurance companies from best to worst, based on our experience in their fairness to settle your claim with a car insurance lawyer.

CAVEAT: ALL insurance companies will be difficult at the claim stage if they feel the claim is defensible.

1.Travelers
Travelers is more than 160 years old, making it one of the oldest insurance companies operating today. In fact, Travelers issued its first auto insurance policy in 1897, before the Ford Model-T was invented. The company has over 30,000 employees and 13,500 independent agents and brokers in multiple countries—including the United States, Canada, and Brazil.

Car Insurance Lawyer Rating: Fairness at the Settlement Stage 5 out of 5  Farmers Insurance is very fair at the claim stage. You rarely have to file suit on a Farmer's claim.

GEICO, well known for its animated gecko, has served as an underwriter to more than 16 million auto policies, which insure more than 24 million vehicles. The company’s size allows it to employ more than 36,000 people across nine regional offices, three service centers and three claims centers. GEICO’s original customer base consisted of U.S. government employees and military personnel. Today, the insurance company’s customer base has expanded to include people in the private sector.

Car Insurance Lawyer Rating: Fairness at the Settlement Stage 4 out of 5  GEICO is pleasant to deal with and rarely do you not get a case settled with them.

4. USAA
USAA was founded by 25 Army officers who decided to insure each other’s vehicles in 1922. Today, the company serves millions of members associated with the U.S. military, including:

Car Insurance Lawyer Rating: Fairness at the Settlement Stage 4 out of 5  USAA is one of the fairer companies to deal with at the settlement stage.

5. Nationwide
Nationwide, a Fortune 100 company, paid over $18 billion in claims and other benefits to members in 2017. The company does business across several verticals—including financial services, commercial lines and personal lines—in all 50 U.S. states. Nationwide has contributed over $430 million to nonprofit organizations since 2000.

Car Insurance Lawyer Rating: Fairness at the Settlement Stage 3-1/2 out of 5 They're above average in terms of fairness at the settlement stage. Usually you can get the case settled with Nationwide.

6. Allstate
Established in 1931, Allstate is the second largest publicly traded property and casualty insurance company in America. Similar to State Farm, Allstate has a roster of local agents ready to serve your needs. The company currently employs over 79,000 people. Esurance, a subsidiary of Allstate, operates in the same space. According to Allstate, the Esurance brand is targeted towards self-directed and brand-sensitive customers while Allstate is geared for customers who enjoy local and personal service.

Car Insurance Lawyer Rating: Fairness at the Settlement Stage 3 out of 5  Allstate is in the middle of the pack. They have improved in fairness over the last 10 years.

Car Insurance Lawyer Rating: Fairness at the Settlement Stage 2 out of 5  Liberty Mutual has become increasingly more difficult to deal with over the last 5 years. You're probably going to have to file suit with Liberty Mutual.

Car Insurance Lawyer Rating: Fairness at the Settlement Stage Rating 1-1/2 out of 5.  State Farm is not fair at the claim stage. They low-ball all claims and rarely get up to a fair settlement number, forcing you to file suit.

7. Progressive
Progressive—the third biggest insurance company in the country—was established in 1937. The company offers the ability to purchase auto insurance directly, online or by phone. Alternatively, customers can sign up through independent insurance agents. The company employs over 33,000 people and has over 400 offices. Progressive is a publicly traded company.

Car Insurance Lawyer Rating: Fairness at the Settlement Stage 0 out of 5  Don't even waste your time with their adjusters, unless you have a catastrophic case and it is a no-brainer that the value of your case exceeds the coverage. 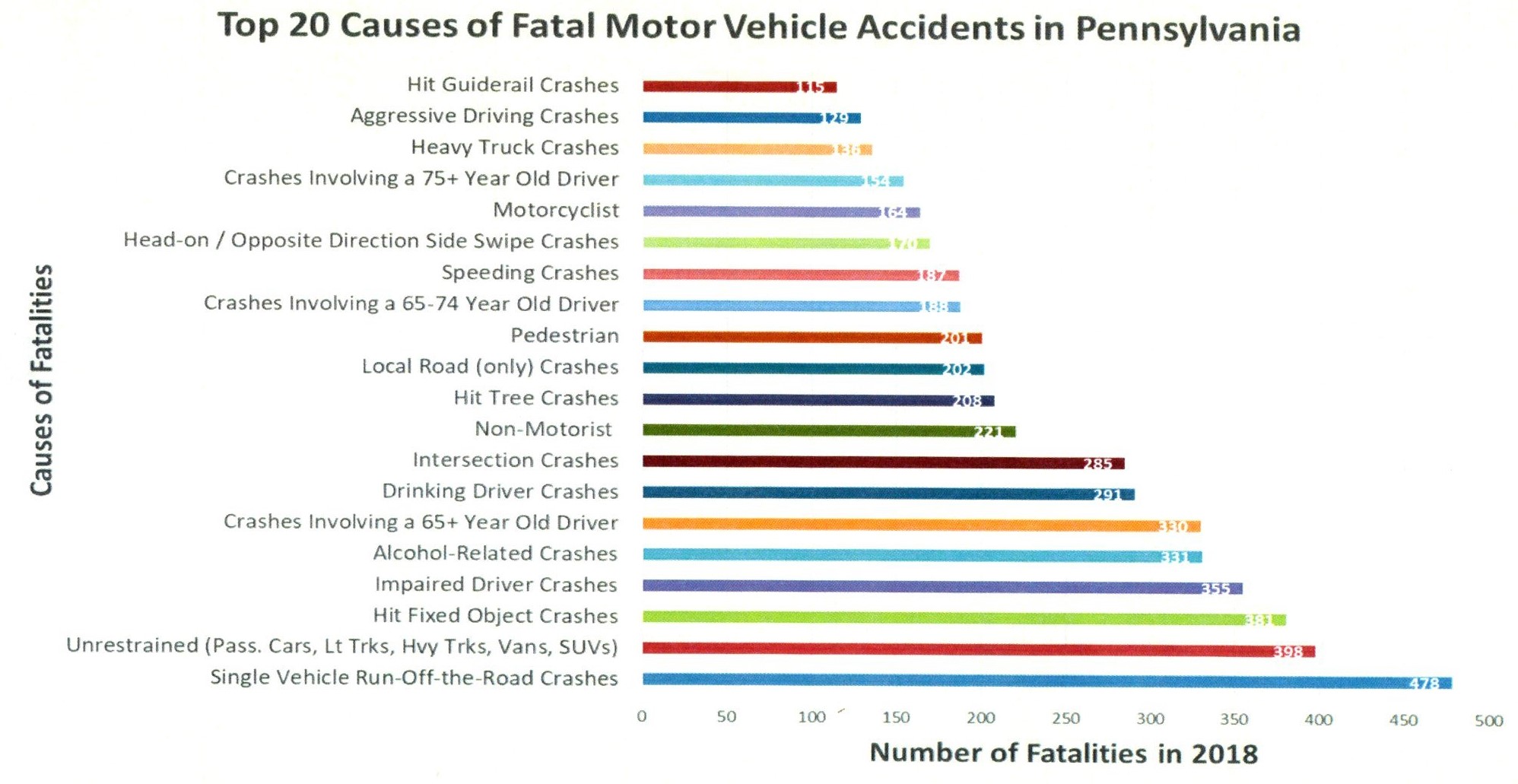 Pennsylvania law attempts to limit the number of lawsuits filed over minor car accidents through limited tort and full tort coverage insurance options in Pennsylvania.  If you elected the limited tort option, you may be precluded from seeking recovery for pain and suffering unless your injury rises to the level of serious impairment of bodily function. If you have suffered a severe injury such as broken bones; permanent injuries such as scarring or disfigurement, joint, muscle, neck, back, or knee injuries, burn injuries, or a significant head injury, we may be able to help, even if you elected Limited Tort.

Pennsylvania no-fault rules complicate the process of insurance claims.  We will help you to receive the full compensation that you deserve, including additional compensation for damages such as pain and suffering, in cases of severe injury or death.

PIP Insurance is required by all Pennsylvania drivers.  Pennsylvania drivers must carry PIP coverage, bodily injury liability coverage, and property damage liability coverage.  A minimum of $5,000 of PIP coverage is required in Pennsylvania.  Bodily injury liability pays for the medical and rehabilitation expenses of anyone injured in a car accident where you are at fault. The minimum limit is $15,000 per person/$30,000 per accident; the $15,000 pays for injuries to one person, while the $30,000 is the total available to all claimants for one accident. Property damage liability covers the cost of repairing or replacing property damages that you caused in an accident where you are at fault.  The minimum limit is $5000 of coverage. Unfortunately, PIP insurance may not be enough to cover your property damage, pain and suffering, medical bills, and lost wages from auto accidents.

If the at-fault driver has limited insurance or no insurance, your UM or UIM insurance will cover the additional amount of damage caused by the negligent driver.  Compensation through UM and UIM can be complicated and is best handled by an experienced Personal Injury attorney.

#1:  When choosing your car insurance coverage be sure to check optional “Full Tort” coverage. You will not regret it.  In my opinion, this is the most important Pennsylvania Car Insurance Advice you need to know.

#4:  If you own more than one vehicle, Stack Your Coverage.

#5:  Choose more than the minimum coverage required by law.

The following chart highlights minimum insurance requirements in Pennsylvania and our recommended coverage. This should not be considered legal advice as everyone is unique in their insurance needs. If you have any questions regarding your auto insurance coverage, contact your insurance agent.