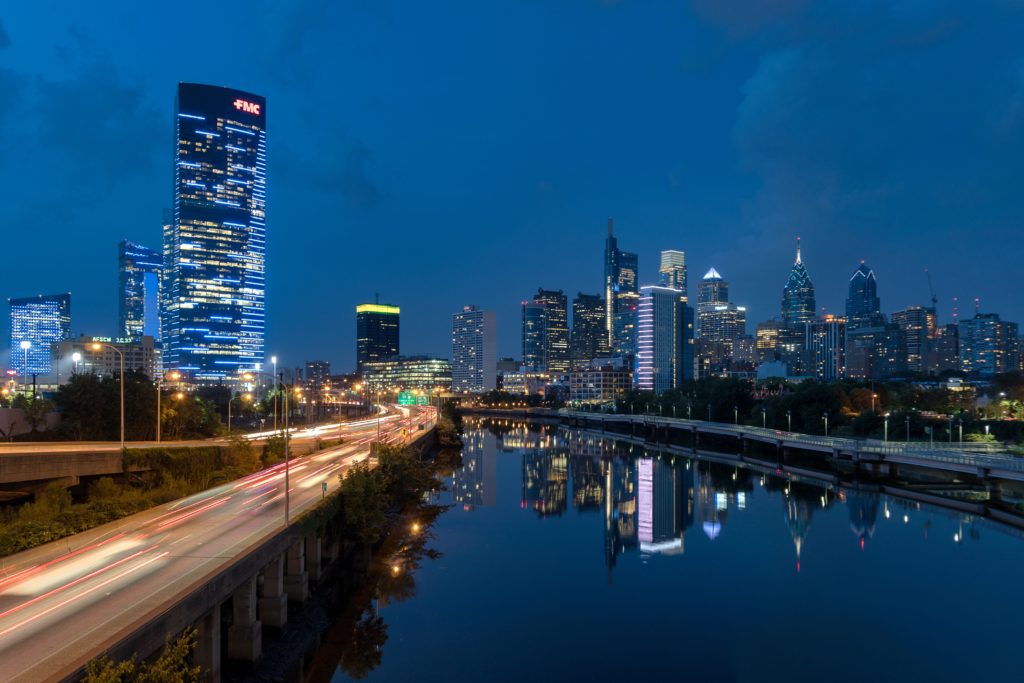 The most common causes of car accidents might lead you to hire a Philadelphia Car Accident lawyer.  Whether you’re a longtime resident or a tourist checking out the sites of Philly, being safe on the streets is important. Rush hour is when when you have the greatest risk of being seriously hurt. This holds true for both car accidents and pedestrian accidents. The risk also increases in congested neighborhoods and intersections.

Philadelphia is home to a mix of highways with plenty of traffic moving in and out and a series of tight city streets. As a result, Philadelphia car accidents will run the gamut. They range from a pedestrian being struck in a crosswalk to major multi-car pileups.

A recent study found that the city of brotherly love is home to four of the top ten most dangerous road segments in Pennsylvania.

Most Dangerous Intersections in Philadelphia and Surrounding Areas

A nationwide study built from data collected from 2003-2012 found that one intersection in Bucks County, PA was home to the most fatal car accidents. During that 10-year study, 7 fatal truck crashes happened at the intersection of Knight Road and Street Road in Northeast Philadelphia. In the two years prior to the data collection, 170 people were injured or killed in the 144 crashes that occurred along the one-mile area surrounding the intersection.

The study also noted that this intersection had a number of structural issues that made accidents more likely, such as poor lighting, discontinuous sidewalks, jaywalking behavior, not enough signage, and aggressive drivers. There are plenty of other intersections and areas in Philly plagued by similar issues.

Roosevelt Boulevard is one of the most popularly traveled roads in the area. Depending on where you’re currently at on that road, it might be referred to as Pennsylvania Route 63, US Route 13, or US Route 1. Parts of this road have 12 lanes. There are minimal areas for pedestrians to stand on.

It’s no surprise to many who live and work in the Philadelphia area that this road often comes up on the list of most dangerous roads in the state. All kinds of accidents occur on Roosevelt Boulevard. Many of them leave behind a trail of destruction.

There are two intersections along Roosevelt Boulevard where accidents are most likely to occur. These are:

Car accidents can happen anywhere and might even involve only one vehicle. However, the most common car accident scene is one involving two vehicles. These accidents can take many shapes and forms, including:

What many of these accidents have in common is human error. Our law office continues to see many car accident victims, even though car technology has improved in recent years. Lives have been forever changed because of a few seconds of another person failing to pay attention or driving too aggressively for road conditions.

Speaking to eyewitnesses or conducting an analysis of the accident scene post-crash might reveal that reckless behavior was the underlying cause of the wreck. Plenty of studies point out the dangerous behaviors that put everyone on the road at risk of a critical accident.

Some of the leading behaviors most likely to end in a Philly car accident include:

Help! I Was Hurt in a Philadelphia Car Accident. What Now?

Were you already hit in one of these intersections? You need to take your case seriously and begin to gather evidence right away.

If the accident happened a few days ago, review the contact information for any witnesses. Get clear copies of any photos you took at the scene. You might have taken these pictures for your insurance company. They can also prove helpful for your Philadelphia personal injury claim.

Be careful about what information you provide to your insurance company. Allow our Philly car accident lawyers to speak with these carriers on your behalf. We will help you avoid mistakes such as giving more information than you have to. We will also avoid signing away more medical records than the insurance company needs.

After your car accident in Philadelphia, go to all your medical appointments. Take notes afterwards about what was discussed and whether you got any new diagnoses. Being organized is the best way to prepare for a personal injury claim in Pennsylvania. It might seem like this is a lot of detail to collect and store. However, you might thank yourself later when your attorney uses this to help put together your case.

What Kind of Car Accident Injuries Allow Me to Pursue A Lawsuit?

If you’re lucky enough to walk away from a Philadelphia car accident, it’s important to keep monitoring your condition. Some of the most severe injuries cannot be spotted with the naked eye. Your injuries may be shielded by the shock of the crash. Report any developments in your medical condition to your doctor.

Can you show that the negligence of another party caused your Philly car accident? If so, this information can be used to bring a personal injury lawsuit. If you intend to file a lawsuit against the responsible party, a Philadelphia car accident lawyer should be a resource you trust with your case.

Driver Negligence Behind Vehicle Wrecks: Do You Really Need a Philadelphia Injury Attorney?

For minor injuries and limited property damage, you might be able to manage your case on your own. But if you sign a settlement letter with the insurance company and give up your right to sue, you’re stuck. If you don’t yet know all your injuries, taking any settlement offer from the insurance carrier after a Philadelphia car accident is a risk.

Post-accident, it’s common to feel as though you have more on your plate than you can handle. A diagnosis of a concussion or other disabling injury can set you back days or weeks. Going back to work might not be an option.

Trying to recover compensation with your car insurance company might be more difficult than you expect. This is why many people hurt in an accident entrust their case to Philadelphia personal injury attorneys. Philadelphia attorneys are not only familiar with common causes of accidents on these streets. They are also familiar with negotiating settlements or taking the case to trial.

Your Philly car accident lawyer should offer a free consultation. In our office, we make an effort to put the victim’s needs first. That means we answer questions about your case. We will tell you if we think you have grounds to file a Philadelphia car accident lawsuit.

We’re here for you. We know how hard it is to recover from a serious crash. Let us take over so you can relax and recover. With many years of experience fighting back against insurance companies, we’ll protect your right to a claim and to compensation. Contact us today at 215-568-6868 for your free consultation.